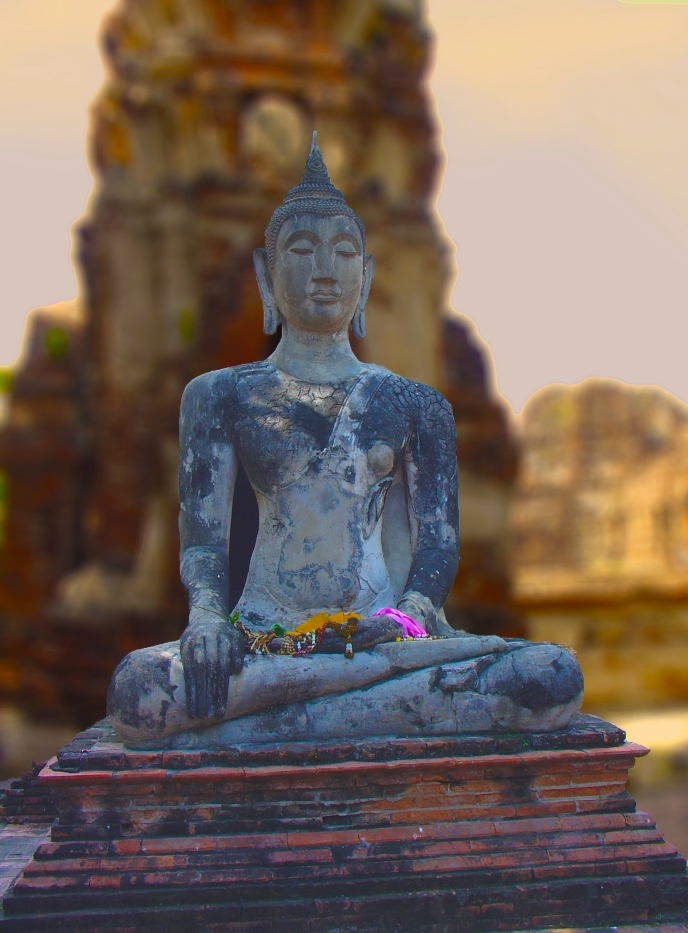 A Buddha in Ayutthaya

Posted by NikoB (Florida, United States) on 25 July 2013 in Miscellaneous.

This image portrays a statue of Buddha in the ancient (or at least very old) capital of Thailand. Founded in 1350 and destroyed in 1767 by an invading army from Burma. Every statue, shrine, building and temple was burned and largely destroyed. You can still see the black burn stains on this statue. The Burmese killed thousands of people including women, children, and monks. When I visited, though it was beautiful in its own way, there was a feeling of sadness in the air. I saw Thai people with tears in their eyes and my Thai friend said she could feel the hairs on her arms standing up. The place has a spiritual nature and probably some spirits still hanging around.

The camera I used was a 2003 model Sony point and shoot. The combination of very bright mid-afternoon sun, the small image sensor, and my lack of attention to the background resulted in the subject blending in with the structures in the background. Now, nearly four years later the only fix I could come up with was Photoshop. So I selectivly blurred the background to simulate a narrow depth of field and I reduced the saturation in the background and added a warm filter. It may not be realistic but I am please with the result.